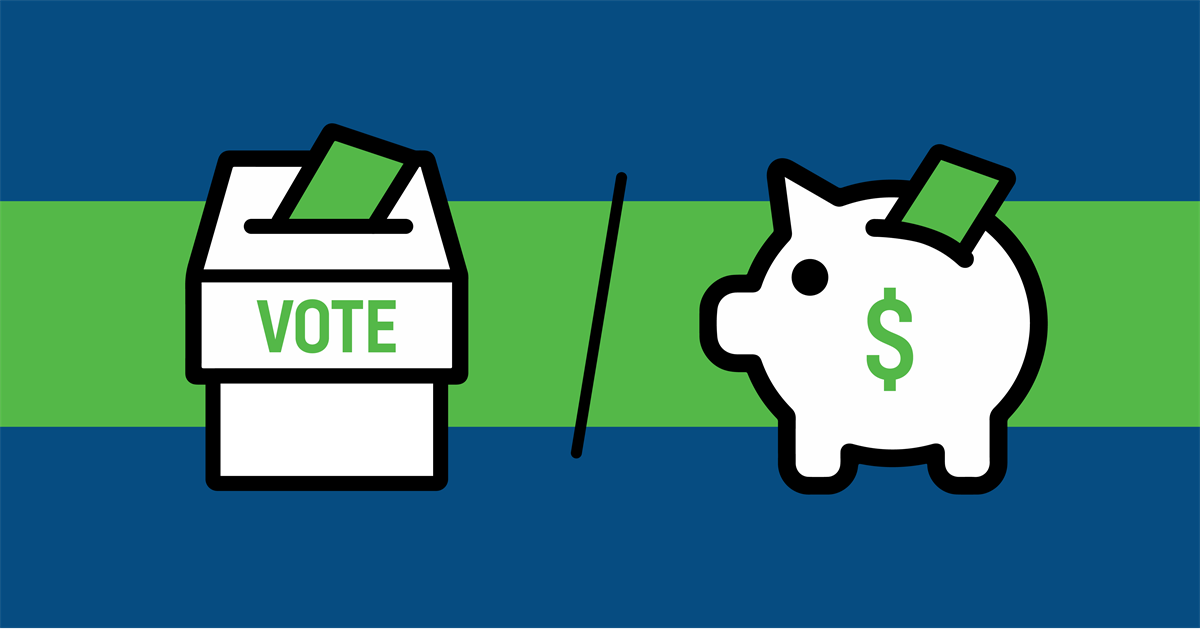 Tips for Navigating Your Money During the Presidential Election

Elections can certainly impact our financial lives. In the last four years, lawmakers have passed the Tax Cuts and Jobs Act, the SECURE Act and the CARES Act. These laws impact our income taxes, the way we invest for retirement, leave assets to heirs, how we give to charity and more. But let’s debunk a few myths: It doesn’t matter who is in the White House, Democrat or Republican; the party doesn’t dictate the performance of the market. We don’t need to sell out of risky investments before an election, and investing your money in an election year isn’t necessarily a bad idea.

Let’s take a look at the past to understand the future.

We have years of historical analysis of stock market returns to show that the party in office doesn’t necessarily reflect market performance. We also know markets are unpredictable, but in the long term have continued to grow. During an election year, on average, the S&P 500 has an 11.3% return. After the election, a Democrat in the White House has been slightly better for stocks. On average, the Dow has been up 9% when Democrats are in control, compared to a nearly 6% annual return during a Republican administration. If we did see a down market, it had little to do with the presidential election. Other factors like the Great Depression, war, the tech bubble burst, the financial crisis of 2008 and the coronavirus pandemic all have impacted the markets.

Congressional elections are important too. The party that controls Congress could determine whether the president’s visions become reality. History has shown us the markets perform differently when one party controls the White House and both houses of Congress. The S&P 500 gained 16.9%, on average, when one party was in control versus just 5.5% when the House and Senate are divided.

There are some ways we can help you navigate your money during the presidential election and beyond.

We’re living in challenging times, faced with outside emotional factors like a pandemic. Tuning out the noise is easier said than done. But, we want you to remain calm. Turn off the TV, take a break from social media and ignore the chatter from the neighbor down the road. Remind yourself it doesn’t matter who is elected; the stock market is going to fluctuate. We prepare our clients for either outcome.

While we see patterns between market performance and presidential elections, we can’t predict the future. Investing isn’t all about percentages and returns, and trying to time the market is a waste of time. Instead, stay consistent and stick to a long-term investment strategy. Just because certain stocks or mutual funds are performing poorly at this time doesn’t necessarily mean you should make an adjustment in your portfolio.

The first step to feeling confident in your financial future is talking about your dreams, setting goals and creating a roadmap to reach those goals. This is where we come in. AtZephyrus Financial Services, we can help you create your own customized financial roadmap. We believe this is a crucial part of your financial success. Regardless of the election outcome, we’re here to help you achieve your specific goals. Don’t hesitate to reach out with questions. Contact us today to set up an appointment!